LOGIN
SHIP TOITALY (EUR) / English
FREE SHIPPING OVER 300 €
Porcelain crafted in Manifattura Ginori - Italy
PLEASE SELECT YOUR LOCATION
Kindly note that, switching the country while shopping, you will lose the products in your cart.
FOR ALL OTHER COUNTRIES

Luke Edward Hall is a London-based designer and artist whose colourful aesthetic is informed by a love of history and a sense of playfulness. After studying menswear fashion design at Central Saint Martins and working for a renowned architectural and interior designer for two years, Luke established his studio in the autumn of 2015, and since then has worked on a broad range of art and design commissions and interior design projects. As well as creating his own ceramics, fabrics, furniture and accessories, over the past 3 years he has collaborated with a variety of companies and institutions including Burberry, Christie’s and the Royal Academy of Arts. Among his recent projects Luke has produced a limited edition wine label with Berry Bros. & Rudd, embroidered slippers with Stubbs & Wootton, table lines with Summerill & Bishop, jewellery with Lucy Folk and men’s clothing and ceramics with Le Sirenuse hotel in Positano. Luke has exhibited his artwork in London and has contributed to a wide range of magazines including Cabana, House & Garden and Pleasure Garden. In March 2019 he joined the Financial Times as a columnist, answering readers’ questions on aesthetics, interior design and stylish living. Vogue.com described Luke as “the interior design world’s wunderkind”.

Profumi Luchino is the new Ginori 1735 home fragrance collection, created in collaboration with the English designer Luke Edward Hall: five fragrances designed to envelope and take you on a journey - imaginary, yet so vivid - through the artist's best-loved places. 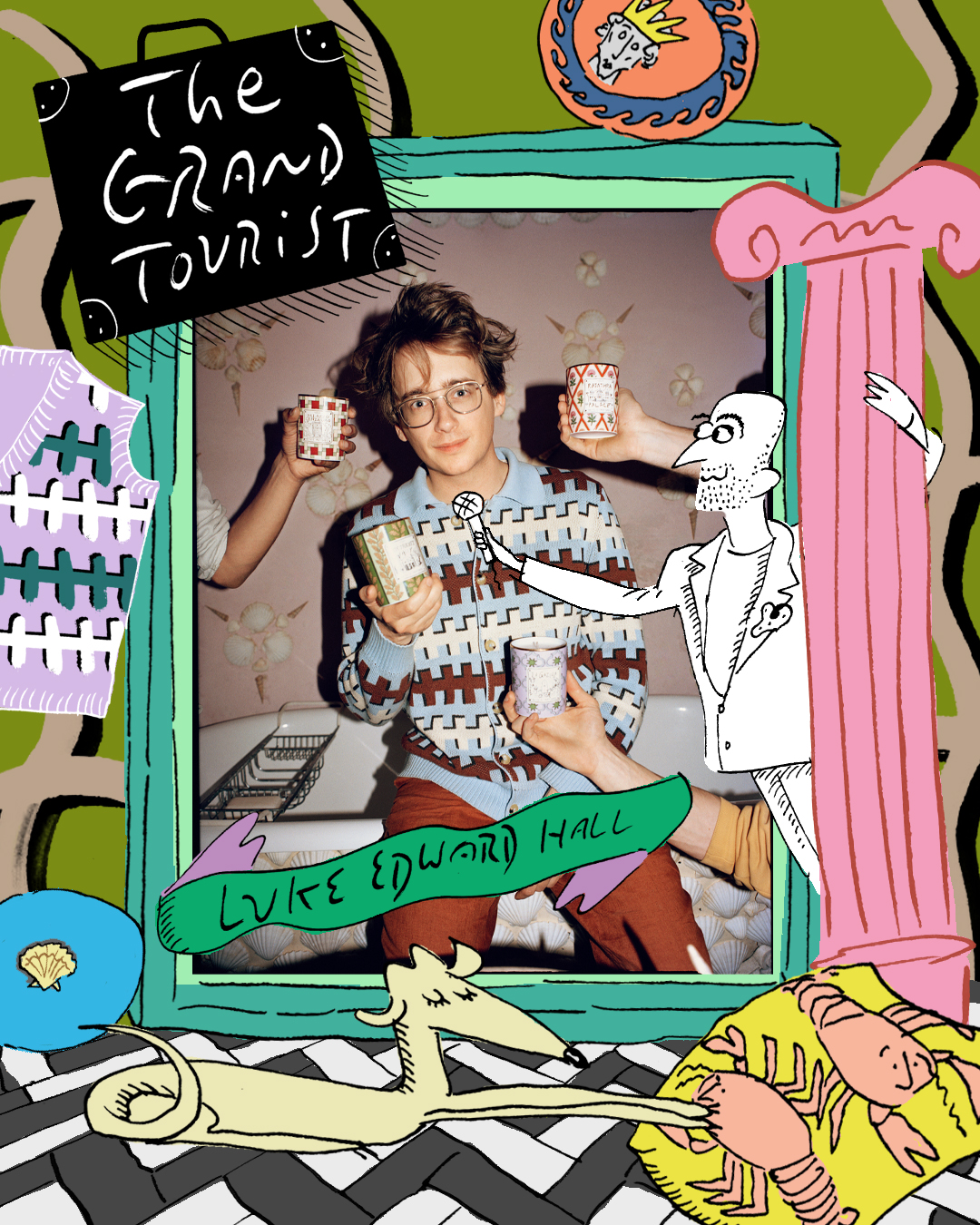 Listen now the new episode of The Grand Tourist with Dan Rubinstein and Luke Edward Hall.

British illustrator, designer, and tastemaker Luke Edward Hall has applied his unique sense of style to everything from cardigans and interiors to ad campaigns and, his latest, home fragrances. On this episode, Dan speaks with the young visionary about his early days studying fashion, his life in the English countryside, his new fashion brand, and what makes the Instagram star truly happy.

LISTEN NOW
CONTACT INFORMATION
CONTACT TO BUY
Do you want to add some products to your wishlist?
Log in or create your account
CREATE ACCOUNTSIGN IN
EDIT YOUR TEXT
Customization instructions
CUSTOMIZE WITH YOUR MONOGRAM
IMPORTANT INFORMATION
For Monogram items, you can customize up to 2 characters. We recommend that you register and log in into your account before finalizing your personalized order. Thus, you will have access to your order area where you can find the recap of the order. Please kindly note that it is not possibile to change the chosen letters after the order has benn placed. For any other question, please feel free to contect our Customer Service.
BY PROCEEDING WITH THE ORDER YOU ACCEPT THE FOLLOWING DISCLAIMER
Customized products cannot be returned unless the monogram on the final product differs from the one entered during the order by the customer. Monograms are hand applied using the decalcomania technique. The Monograms have been created by the style office using latin characters (no numbers or special characters are ammitted). The gold and platinum finishes cannot be wash into the dishwasher and into the microwave. Please note that the final rendering of the Monogram and the color may slightly differ from the image shown on the side, which is for illustrative purposes only.
TYPE 1 OR 2 CHARACTERS