LOGIN
SHIP TOFRANCE (EUR) / English
FREE SHIPPING OVER 100 €
Designed & Crafted in Italy
PLEASE SELECT YOUR LOCATION
Kindly note that, switching the country while shopping, you will lose the products in your cart.
FOR ALL OTHER COUNTRIES 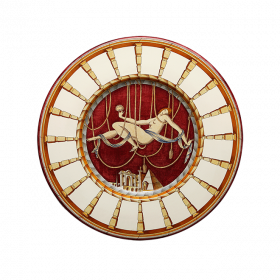 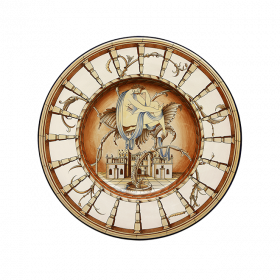 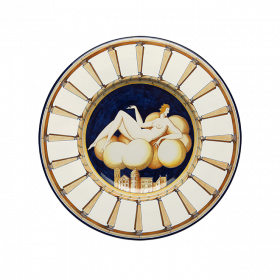 DETAILS
Le Mie Donne is the first family of decorations designed by Giò Ponti. Ponti made important alterations to the Le Mie Donne series over the years, having the designs applied to piattelle (wall plates) and large and small jar-shaped and oval vases. With the aim of proposing a style that would suit Parisian tastes, on the occasion of the Exposition Nationale des Arts Décoratifs et Industriels Modernes in Paris in 1925, Ponti tried to blend the revival of classicism with Art Deco. The Le Mie Donne series consists of three compositions: Women on clouds, Women among ropes and Women on flowers. The women on clouds were the first of these to be designed and presented in the form of samples at the exhibition in Monza in 1923. The designs for this series are composed of sketches of buildings and the slender figures of women, lying on clouds or suspended in the void by ropes, their elongated limbs sketching out geometric patterns. For the plates of women on clouds and women among ropes, these sketches were assembled by Ponti himself, who designed each of the damsels at the centre of the piattella, accompanied by a solid architectural construction below consisting of monuments evoking the Classical or Renaissance worlds. This is the typical Ponti composition for the series of Le Mie Donne plates, in which the architect succeeded in creating a harmonious balance between the rigorous classicism of the architecture and the darting Art Deco figures. In the varied world of Le Mie Donne, in which Ponti gave a name to each woman, the subject of the women on flowers designed to be reproduced on the piattelle (wall plates of 49 cm) is limited to two decorative motifs, called Isabella and Agata. Staying faithful to the Ponti designs, Richard Ginori is offering them in a new version of a jar-shaped vase that is double the size. The workmanship displayed by the pittoria craftsmen is especially noteworthy in these items: They carried out all the pouncing for these pieces ad hoc, carefully studying their orientation within the larger space available for decoration.
020RG00 FPT000010490G00101900
Estimated shipping within 2-3 business days

NEWSLETTER
Be the ﬁrst to know about special offers and new products that we know you will ﬁnd interesting.
CONTACT INFORMATION
CONTACT TO BUY
Do you want to add some products to your wishlist?
Log in or create your account
CREATE ACCOUNTSIGN IN